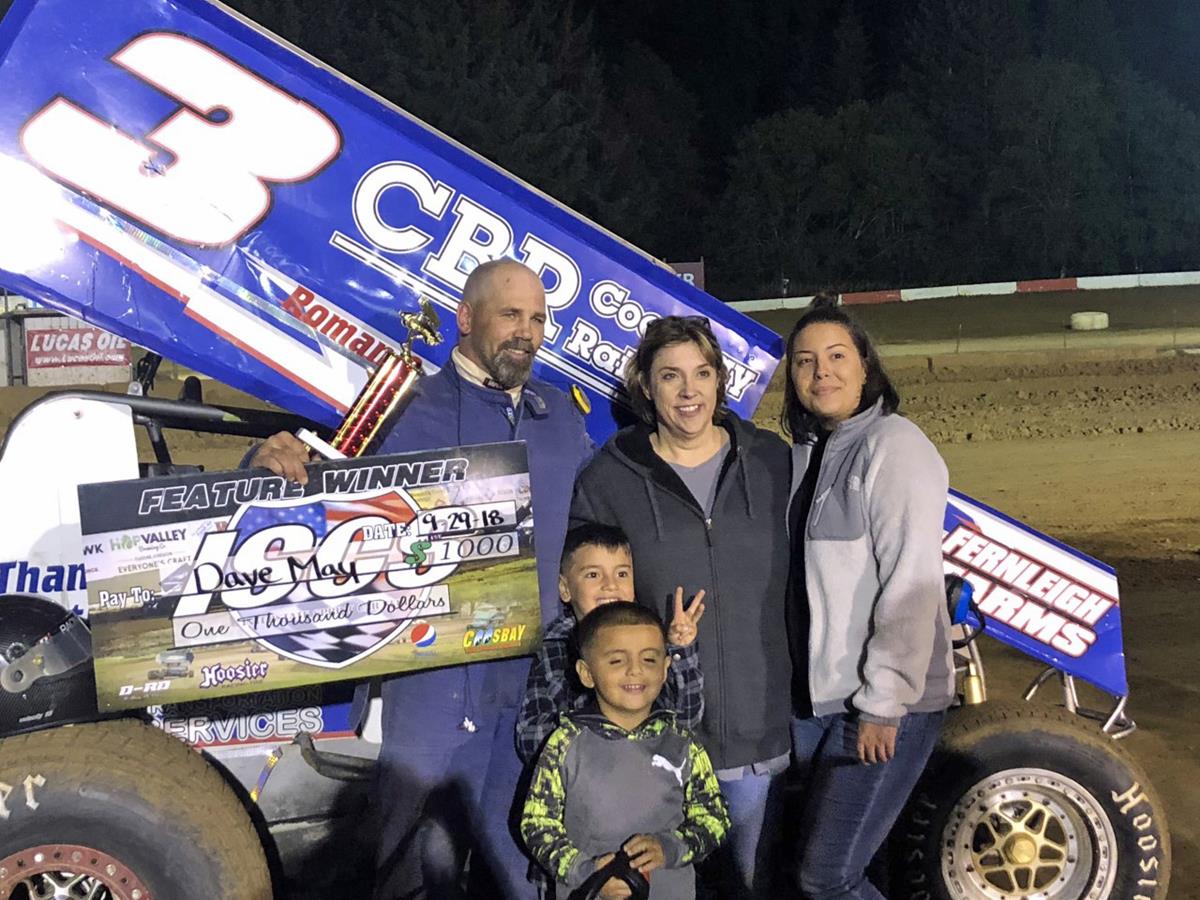 By Ben Deatherage (Coos Bay, OR) -- All roads led to Coos Bay Speedway on Saturday, September 29th, for the Interstate Sprint Car Series. The “Clay By The Bay Of The West” hosted the final leg to the 2018 campaign for the group and an impressive twenty-nine entries filled the pit area. The American states of Oregon, Washington, and California were represented along with the Australian state of New South Wales.

Dave May took complete advantage of his inside front row starting position in the main event. Despite several stoppages, including a massive wreck on the opening lap that took seven cars out of contention, May mastered the restarts. There were a number of occasions in which he felt an enormous amount of pressure from challengers but every time he managed to keep them all in check. Dave May, originally from Santa Rosa, California but now residing in Walton these days, lead every single lap to win his first career ISCS feature for himself and car owner Chuck Prather.

When all the dust was settled Tyler Thompson managed to win the 2018 Interstate Sprint Car Series championship. In the last race a mere twenty-seven markers separated him and second place in the points. Despite starting fifteenth in the main event he managed to bounce back to a fourth place result.

We want to thank all of the wonderful drivers, teams, fans, and staff for such a successful return of this series and look forward to 2019. The ISCS series would also like to thank their series sponsors/marketing partners BC Motorsports, Highline Performance, NWSprintCarHistory.com, Champion Racing Oil, and Hoosier Racing Tires. For the latest news and updates regarding the Interstate Sprint Car Series be sure and visit their Facebook page.