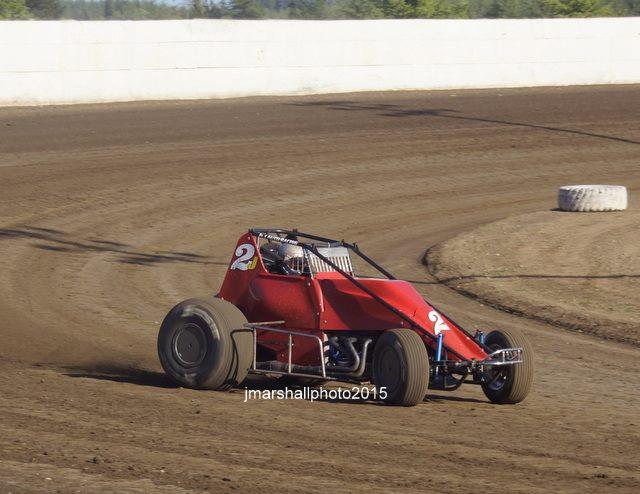 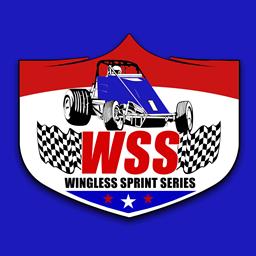 Jonathan Jorgeson Captures First Career NWWT Triumph At CBS
By Ben Deatherage
(Photo Courtesy of Jim Marshall)
Coos Bay Speedway would host their lone Northwest Wingless Tour date on Saturday July 18th. The weather would be a little cooler then what teams have been used to in their local areas but was a welcomed change from the scorching temperatures elsewhere. A total of fourteen entries filled the pit area representing the states of Oregon and Washington.

Taking advantage of his front row starting position Jonathan Jorgenson, of Auburn, Washington, got to the lead on the first lap. Jorgenson, in his Jorgenson Manufacturing/Shareway Industries/D.G. Machine #2J J&J , would lead every single lap of the feature to bring his mount in first place. It would be the first occasion of his car that he has won against the Northwest Wingless Tour.

Jonathan Jorgenson was fast time of the night and Lawrence Van Hoof was victorious in the trophy dash. Heat races were won by Jorgenson and the Chuck Prather Racing/Coos Bay Speedway/Lucas Oil Products #76 machine of Truman Winningham from Gold Hill.

The Northwest Wingless Tour will take the week off before revisiting Sunset Speedway Park on August 1st for their next event. Pit Gates will open at 2:00 PM, Front Gates open at 4:00, and racing starts at 6:30 each night. Tickets for both events are Adults $13.00, Seniors/Military/Juniors (13-18) $10.00, Youths (Ages 12-6) $5.00, and Children under the age of 5 are FREE and a family pass will be offered for two Adults and up to four Youths for just $35.00. Log on to www.sunsetspeedwaypark.com for the latest news and information about SSP. For up to date info on the NWWT visit wingless.nwextremeseries.com.