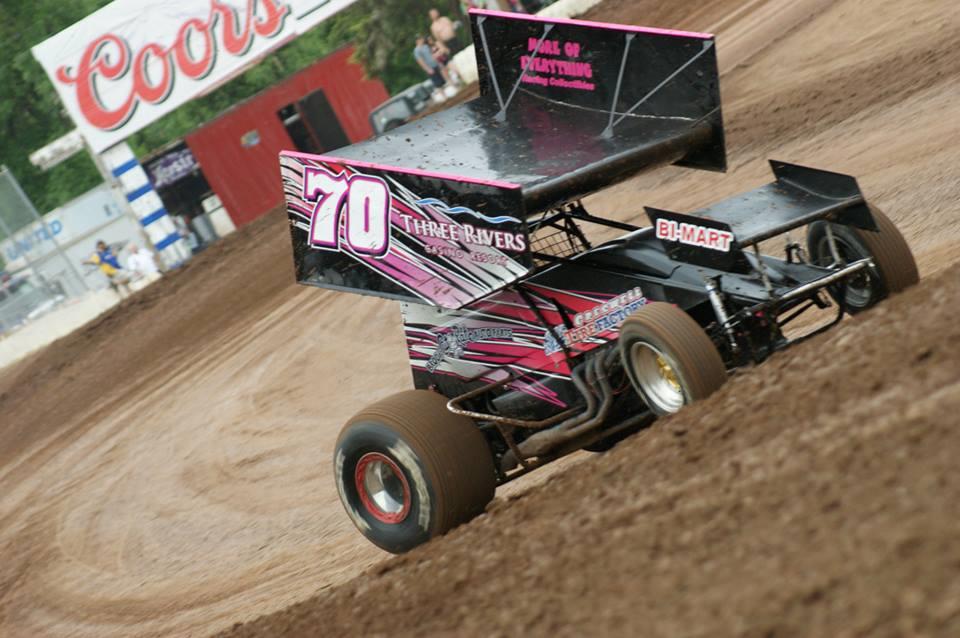 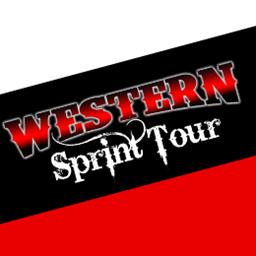 Raquel Ivie To Make Entire Speedweek Northwest For First Time In Her Career
By Ben Deatherage
(Photo Courtesy of Dirt Monkey Productions)
One young lady that is excited to participate in here first ever Speedweek Northwest is Eugene's Raquel Ivie. The former CGS Limited Sprint, now know as the Clark Printing Extreme Sprints, champion is currently ranked eight in 360 points and is fourth among the Extreme Sprints. Her best finish was a second in last Saturday's Extreme Sprint feature after leading for much of the race.

“The season started out kind of rocky getting used to this new car,” said Ivie, “once we figured it out and got a good base setup in it we were able to put up some good finishes to build my confidence.”

“This is a really important deal that I'm going to be able to do this whole deal,” she would continue to say, “I'm aiming to make every main event and get at least top fifteen or top ten each night. I'm really going to go for it.”

The Western Sprint Tour sanctioned Speedweek Northwest begins at Yreka, California's Siskiyou Motor Speedway on Sunday June 28th and will conclude with the $5000.00 to win finale at Cottage Grove Speedway on Saturday July 4th. The best 360 Sprint drivers in the Western United States will race six events in seven nights at some of the best tracks in the country.

In the seventeen years Speedweek Northwest there have been ten different champions. Steve Kent and Roger Crockett are tied with four apiece while Brent Kaeding has two. Seven drivers have won the entire kit and caboodle just once which is a very impressive list of winners. That list includes Brad Furr, Jesse Hockett, Bud Kaeding, Kyle Larson, Shane Stewart, Mitch Olson, and in 2014 Kyle Hirst.

The Western Sprint Tour is the Pacific Northwest region's most premier touring 360 Sprint car series. Visiting some of the nation's best facilities it is a series that offers some of the best racing you can find anywhere around. For the latest news and information log on to sprints.nwextremeseries.com. Also check out the WST Facebook page and be sure to “Like” it.