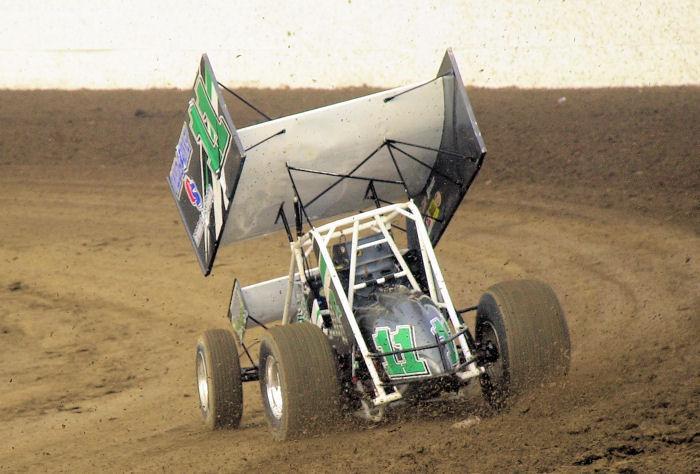 Stacy Verrall, SEATTLE, Wash. (August 18, 2010) – With drivers having nearly a month to think about the tightened gaps in the point standings after the ASCS National swing, it’s going to be a sure-fire recipe for a weekend of ASCS Northwest excitement at Sunset Speedway in Banks, OR on August 20th and Coos Bay Speedway in Coos Bay, OR on August 21st.

Coming into the weekend, Shark Racing Engine’s Jason Solwold will be merely 20 points behind defending ASCS Northwest champion Roger Crockett. Prior to July’s ASCS National races in Elma and Cottage Grove, Crockett had a commanding lead over the rest of the field. However, after failing to make three of the four ASCS National A-Main events, Crockett’s point lead shriveled opening a door of opportunity for Solwold to claim his first ASCS title.

Fun Fact: Solwold is currently the only ASCS Northwest driver to make all the A-Main events this season.

Keep an eye on the hot young guns vying for rookie of the year honors. Fourteen year old Trey Starks is currently leading the pack with a 70 point lead over TJ Hartman.

Fun Fact: Over $10,000.00 in bonus contingencies will be available to drivers/teams in Oregon this weekend! Kirkey, Shoenfeld , Bully Dog, RedHorse Performance & Richmond Gear are just a few of the great sponsors that have put up bonus contingency certificates for our Banks and Coos Bay Weekend!

Fun Fact: Jack Link’s Jerky Wild Side Tour will join the ASCS NW tour in Banks and Coos Bay! Look for Jack’s girls handing out the latest in Jack Link’s Jerky treats and check out the incredible Jack Link’s Jerky tricked out “transforming” truck!
ward to Jack’s girls handing out the latest in Jack Link’s Jerky treats and showing them how to feed their wild side. Here are a few of the features of the tricked out wild side jerky truck: transformation begins with the push of a button - the truck bed raises, the cover heads skyward exposing a monster big screen TV inside (how cool is that...). From the mobile satellite dish, horns, graphics and chrome, to the tricked out, ultra-loaded interior with custom gaming units, 6 video screens and killer sound system (what better way to watch our Messin' With Sasquatch commercials!, or previous ASCS race videos), ...this ain't your Daddy's truck. Get your FREE Jerky Treats Friday August 20th at Sunset Speedway in Banks Oregon or Saturday August 21st at Coos Bay Speedway in Coos Bay Oregon.

Fun Fact: Coos Bay Speedway was originally an asphalt track until about two years ago when it was converted to a dirt track.

ASCS Information:
For more information on the ASCS National series and drivers, check out www.ascsracing.com.

For more information on the ASCS Northwest Regional series and drivers, check out www.ascsnorthwest.com.